Reasons to come to Wetaskiwin

This historic museum is owned and operated by the Province of Alberta and
supported by the Friends of the Reynolds-Alberta Museum Society. This museum
was opened in 1992, and shows the impact of change since the 1980's. The Stan
Reynolds Museum was named after a local businessman (who was a world
renowned collector) named Stan Reynolds, with many of his donations coming
between 1982, and his death in 2012. There are 4 themes at the museum
consisting of Transportation, Aviation, Agriculture, and Industry.

See how the lives of people were changed, and the evolution period between
horse drawn buggies to Cars and Trucks, what we now sell on the WORLD
FAMOUS AUTO MILE, where '"'CARS COST LESS IN WETASKIWIN." Take a ride
arou nd the grounds on a vintage vehicle.

Stan Reynolds Museum holds the 2"d largest vintage aircraft collection in Canada.
While you're here, you can take a ride in an open cockpit biplane and fly like a
bird.

28 hectares of land is farmed by the vintage collection of seeder, binders, balers,
gas, and steam tractors. All of the equipment used to make central Alberta what
it is today.

A 1913 Leonard and Sons Steam Corliss engine that is still operational is one of
the featured pieces, a 1928 Adams Motor Grader that you can climb on, and a
1917 Bucyrus Class 24 Dragline. Along with all the other vintage equipment that
built Alberta's industry.

Wetaskiwin is home to the Canadian Aviation Hall of Fame. Canadas flying elite
have made it possible to preserve personal records, history, artifacts, and many
types of aircraft that were used throughout time. Wetaskiwin's Reynolds-Alberta
Museum will be hosting one of the largest air shows in Canada. The stars of the
show will be the famous SNOWBIRDS, also the CF18 Hornet Demonstration Teams
and the Skyhawk Parachute Team will also take part in the show, which will take
place on July 20, 2016. This air show brings people from all over central Alberta,
including, Winfield, Red Deer, Lacombe Ponoka, Leduc, Calmar, Warburg,
Thorsby, Edmonton, and many other surrounding areas.

The Manluk Centre is 44,000 square feet of Splashing Water Fun!!! They are also
proud to have the one and only Board Rider Feature in all of Western Canada.
The Centre also includes 2 waterslides, to suit anyone's needs, a tots pool with
spray feature, and a hot tub for relaxation, and a Fabulous Fitness Centre.
Located just off "THE AUTOMILE" at the end of 50 th avenue.

The Edmonton International Raceway is located just outside of Wetaskiwin. 2 km
west of the junction of Hwy 2a and Hwy 13 east, and is open from May through
September. This facility offers fun for the whole family every Saturday night with
stock car racing beginning in May. The racetrack is% mile of paved oval. Included
in the car classes are the NASCAR Thunder Cats. This is Alberta's first NASCAR 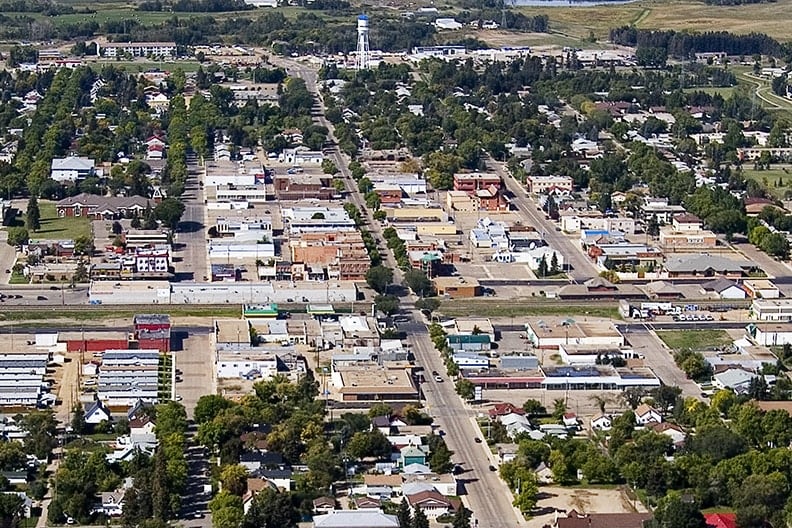